On the occasion of Ernst Neufert's 100th birthday in 1999, the Neufert Box was built into the garden of the Neufert House in Gelmeroda as a space for events and exhibitions. 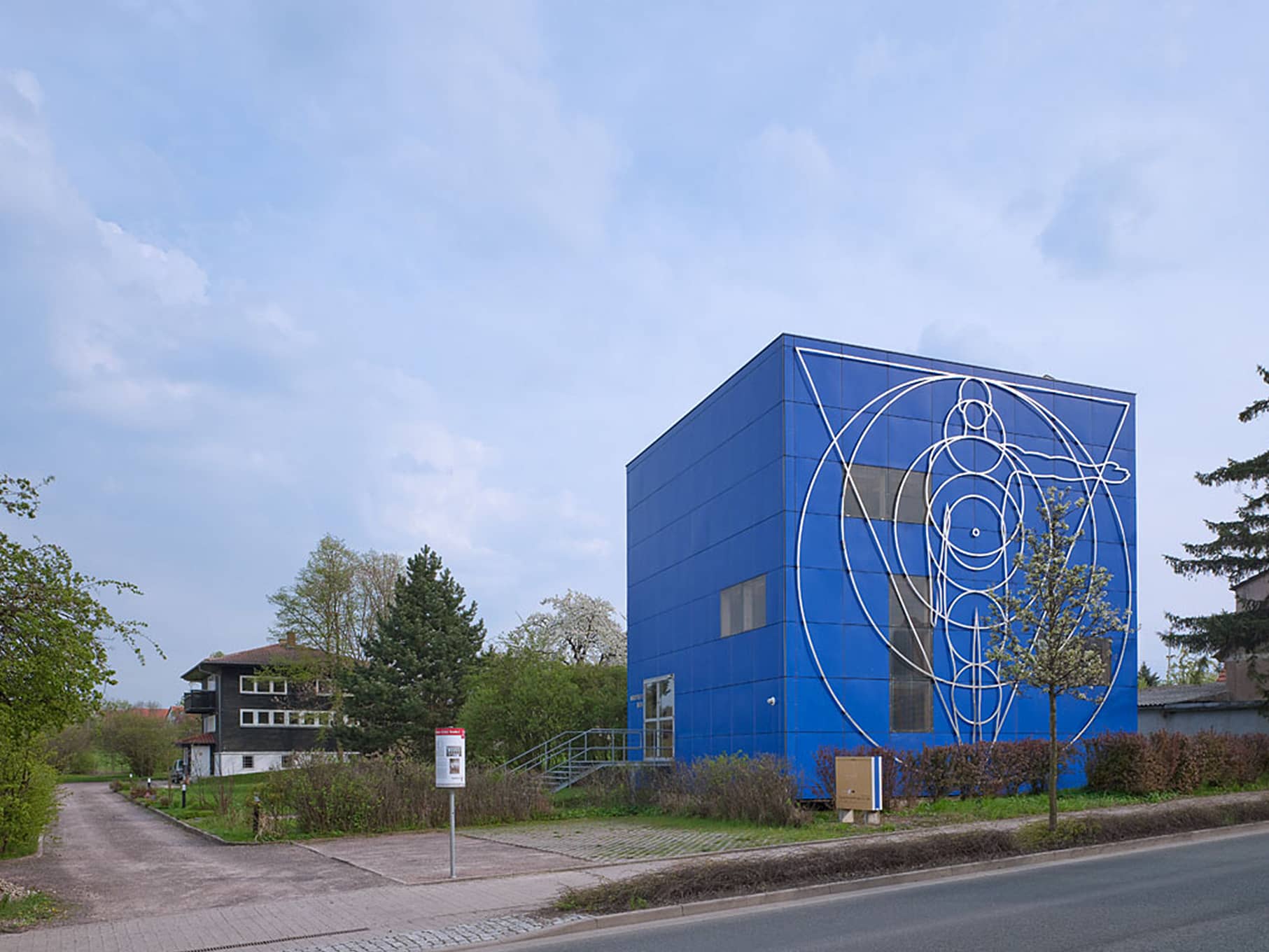 The Box a blue cube

With the Neufert Box, a building for multiple purposes , whose dimensions, material and manufacturing technology refer to the “Neufert House” Peter Neufert (builder) and Peter Mittmann (architect) wanted to make a contribution to the cultural life of the city of Weimar.

It was logical to erect the Neufert Box on the sufficiently large plot of land in correspondence with the actual Neufert House.

The Neufert Box has the shape of a cube for various reasons. The cube is one of the three geometrical symbols of the Bauhaus - cube - pyramid - sphere -. The cube reflects the worldwide importance of Weimar in connection with the Bauhaus. The Neufert Box was built according to a design by the architect Peter Mittmann in experimental wood construction. The architect followed Neufert's standardization and planned the 10x10x10 m cube, unlike the Neufert House, in an octameter grid.

With the introduction of the octameter system, Ernst Neufert has decisively influenced and standardized the dimensional order to this day. The cube-shaped Box is designed to represent this physically. The combination of the historical Neufert House with the new unusual new building of the Neufert Box, which shows in a simple way with new elements and constructions the further development of the wooden construction, has a special charm.

In 2001 The Neufert Box was awarded with the "Thüringer Holzbaupreis".

There are no closed rooms in the Box, all exhibition areas are visually and acoustically connected. A spiral staircase in the middle, whose landings have been enlarged for the exhibition areas, connects the 12 levels of the Box.

A power track system with variable halogen spotlights allows the lighting to be individually adjusted. In addition, there is a kitchenette with sink and refrigerator, shelves, ladies' and gents' toilets and gas central heating. 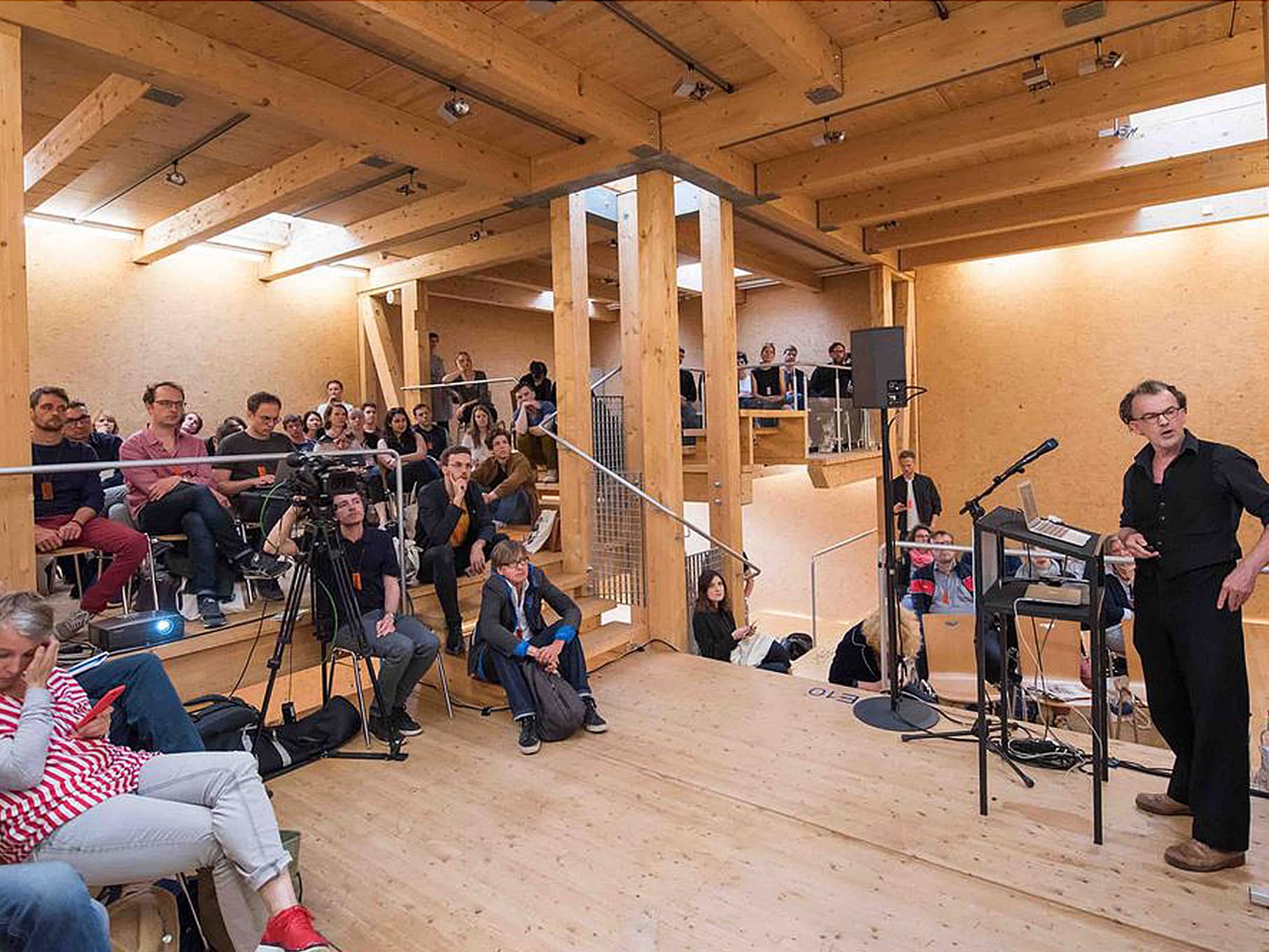 The Neufert Box was built according to a design by architect Peter Mittmann in experimental wood construction.
Photo: Thomas Müller 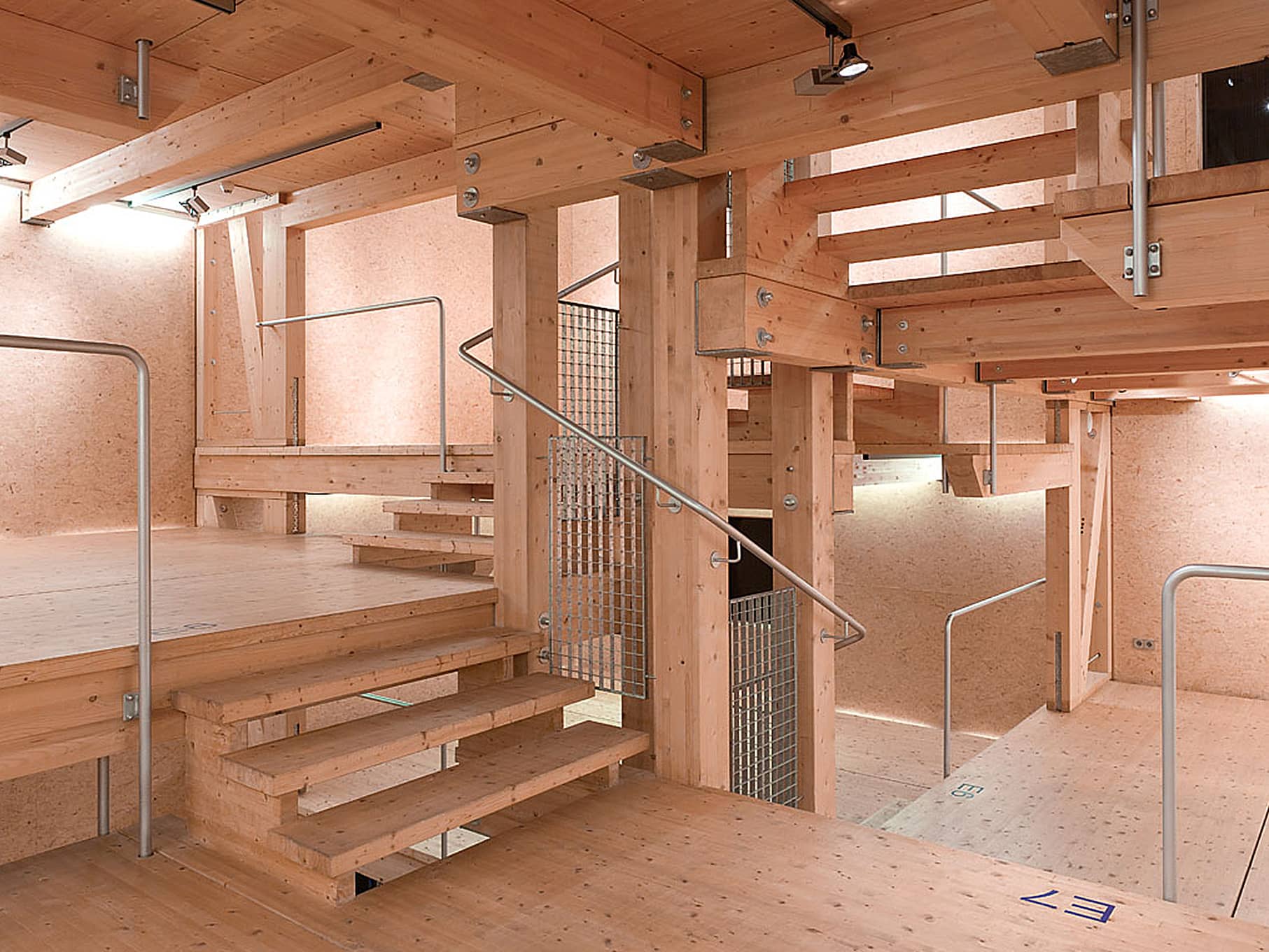 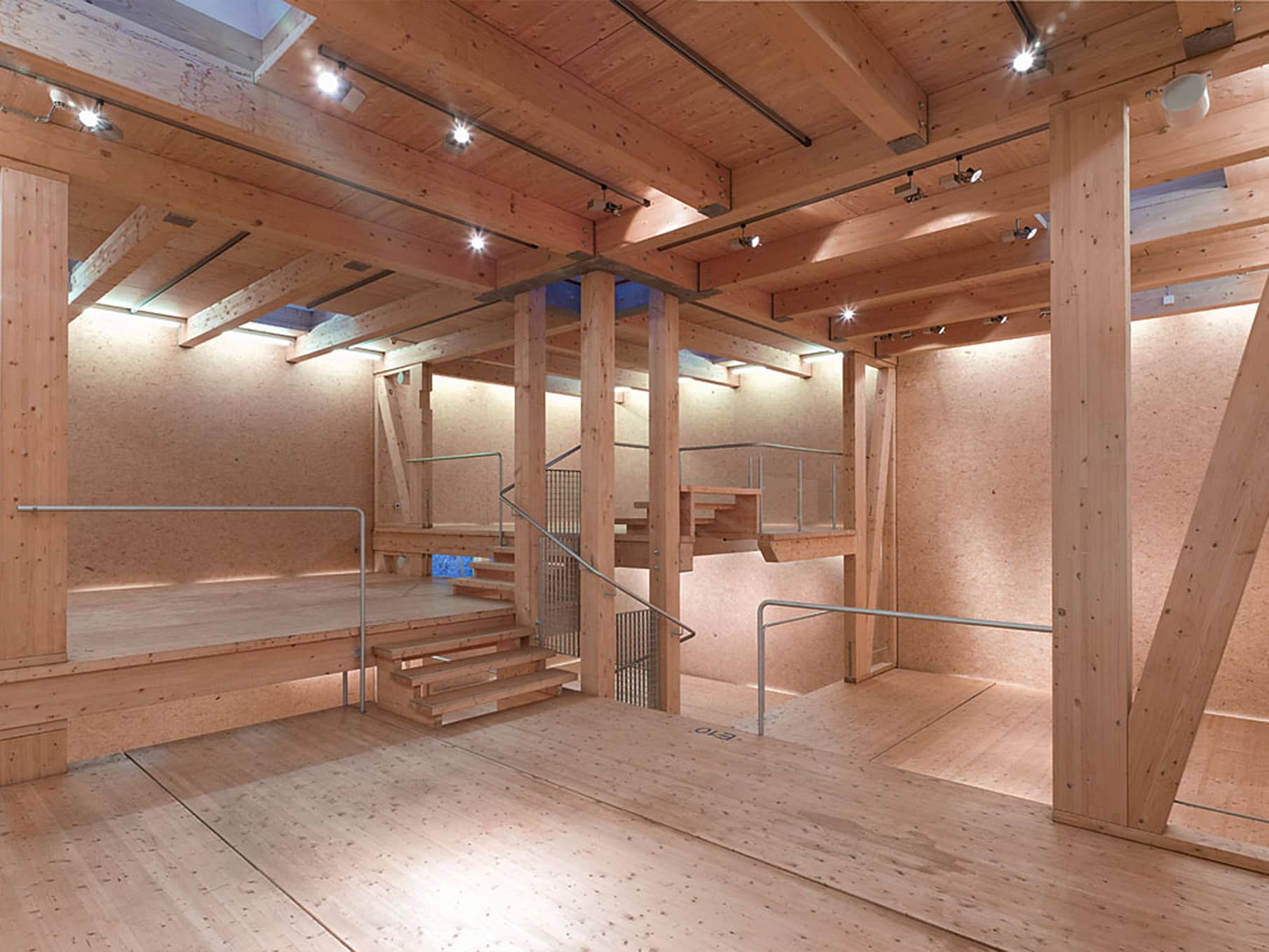 The blue cube with 12 floors can be booked for cultural events. Please address your inquiries to: Heike Sterner. 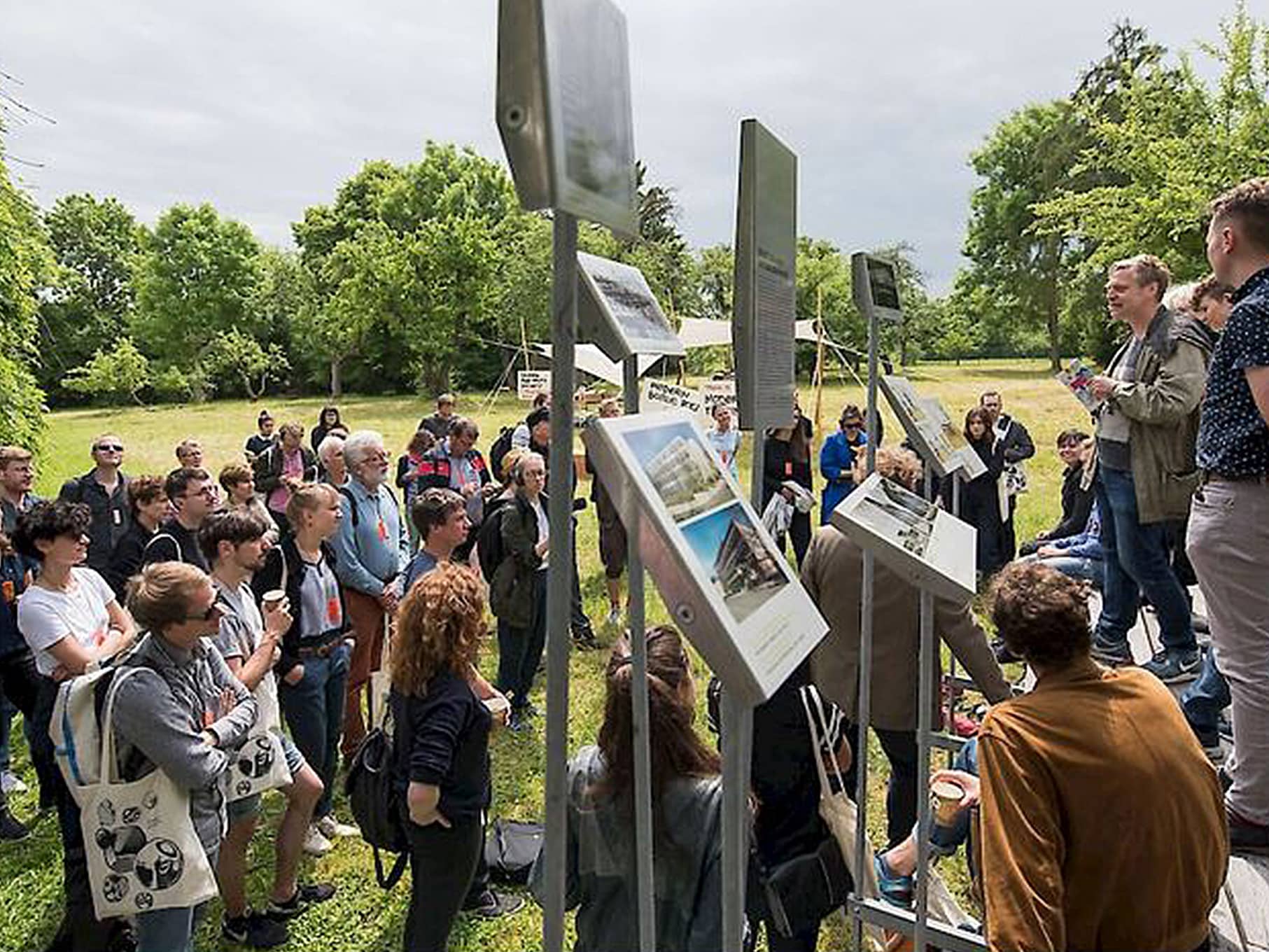 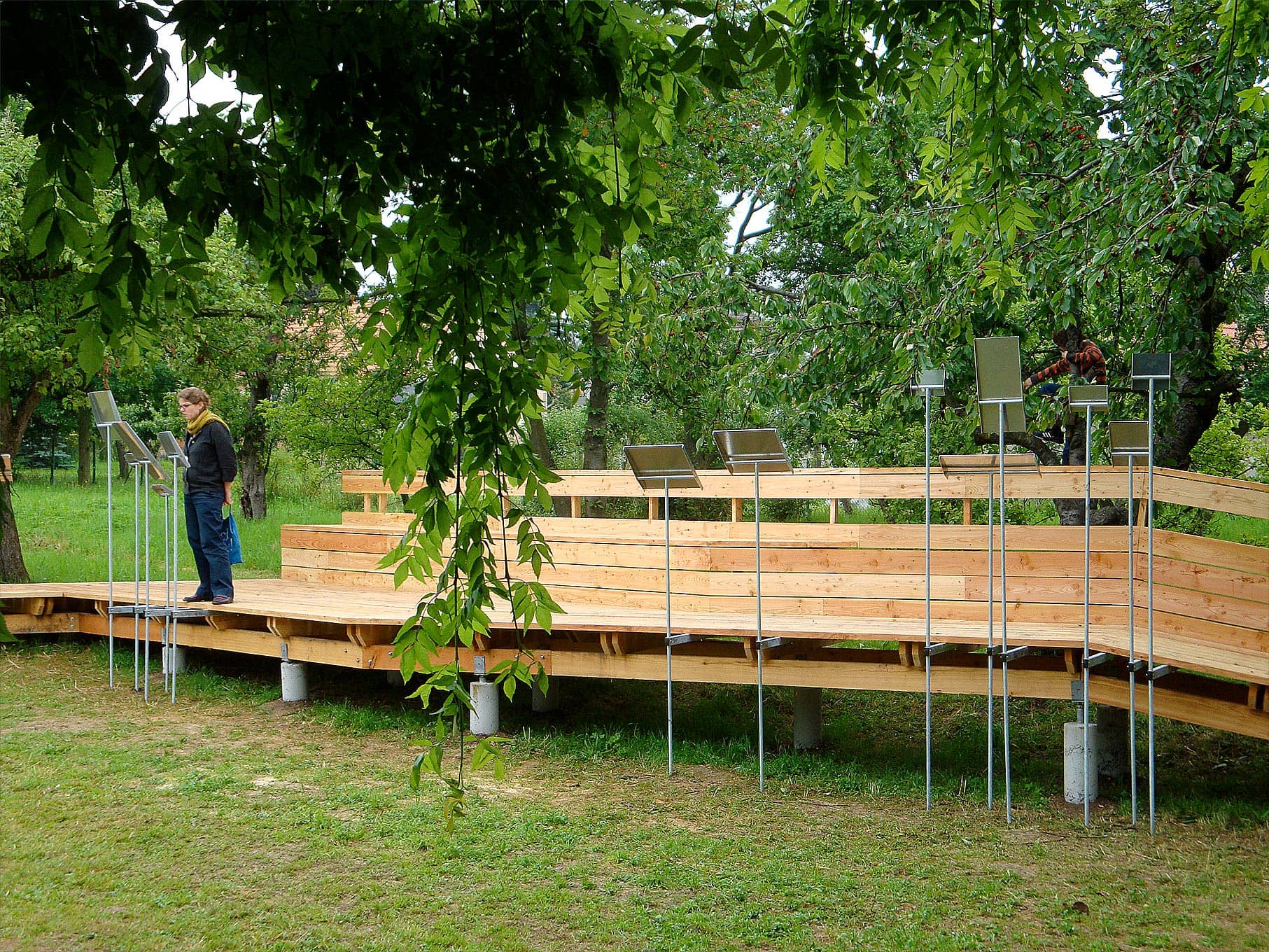 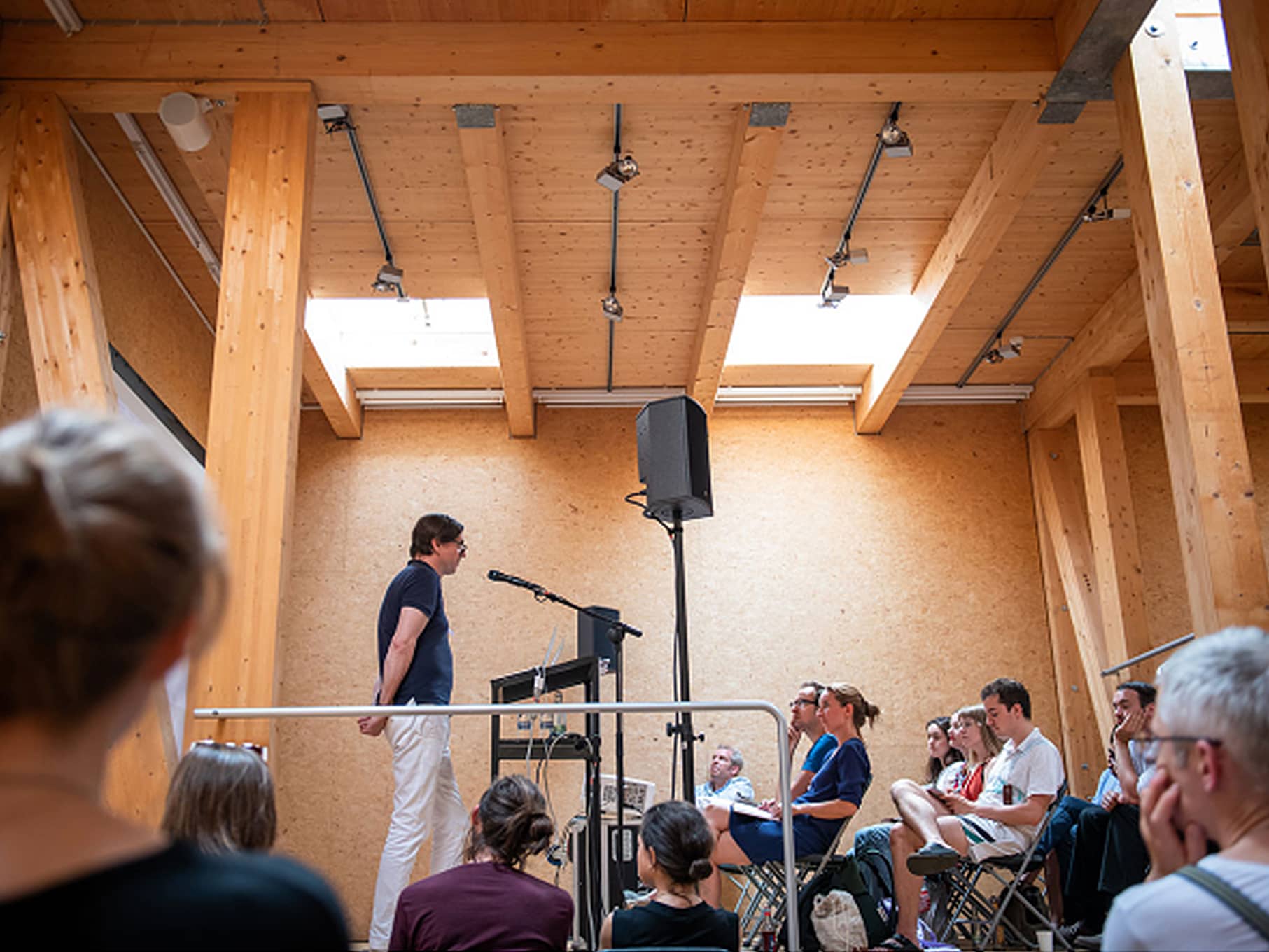 You are welcome to make an appointment for a tour: Heike Sterner
You can also visit the exhibition in the garden of the Neufert House every day from 9 am to 3 pm (free admission).