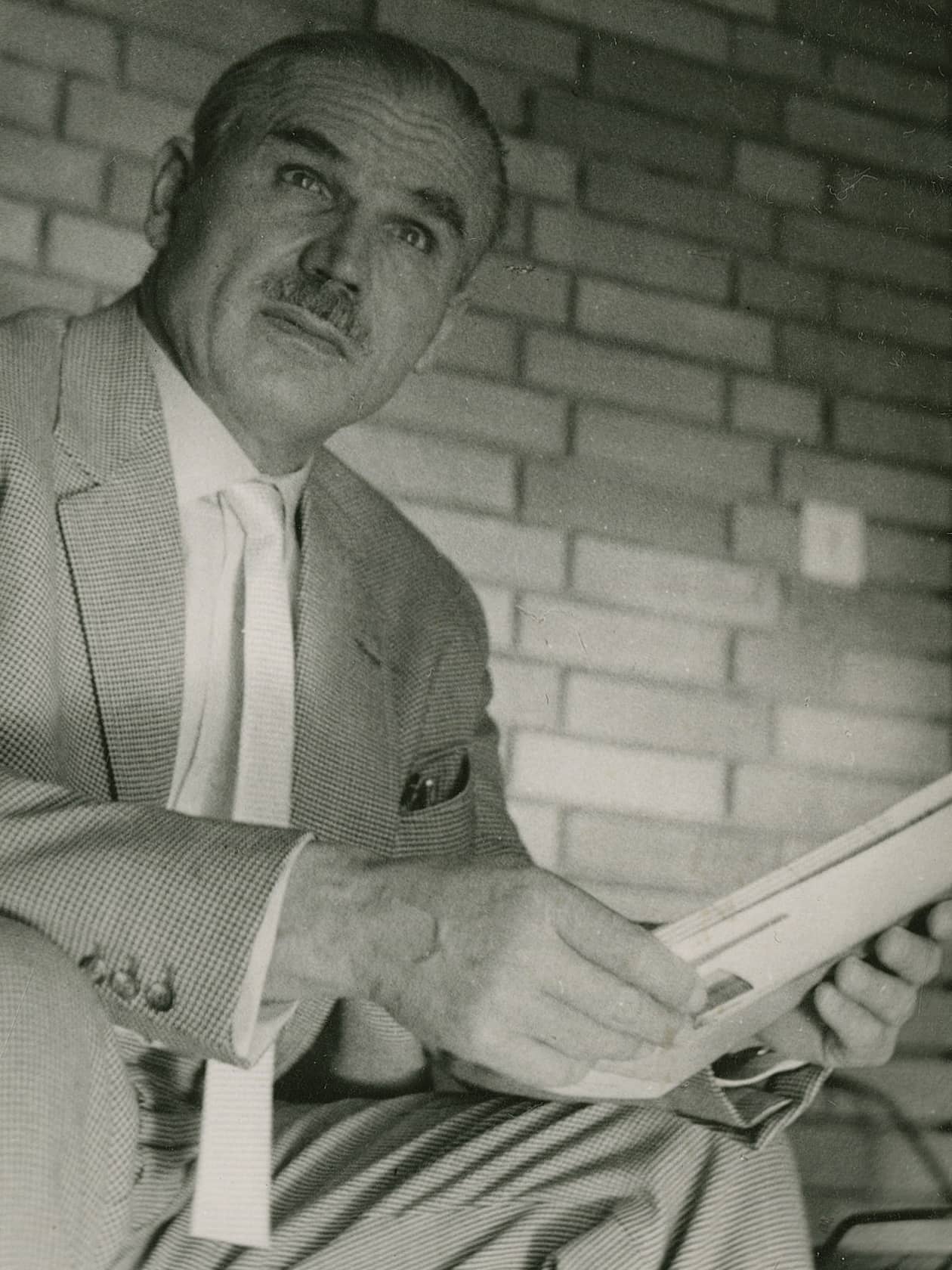 Surveyor of the world

In addition to the artists at the Bauhaus, there was the pragmatist Ernst Neufert, who, like no other, shaped architects of the 20th century. Press reviews about Ernst Neufert:

Ernst Neufert: Surveyor of the world

Reconstruction of Neufert's Quelle complex in Nuremberg by ksg architectsTo the article on baunetz.de

Interview with Prof. Kister on the Quelle complex To the article on dbz.de

What remained of the Bauhaus

The Bauentwurfslehre of Ernst Neufert. Although closely related to the history of the Bauhaus - it is hardly ever mentioned, even in its great jubilee year. That is no coincidence. For it shakes the carefully cultivated Bauhaus image as well as the self-image of architects.

To the article on marlowes.de

Architects know Ernst Neufert as the author of the Bauentwurfslehre. However, it is little known that he tested his systems on buildings since then and was considered a master of industrial construction.To the text on espazium.ch

Each an expression of his time. Although Peter Neufert pursued the same career as his father Ernst, he was not in his father's shadow. What characterizes both architects is made clear in a conversation with Peter Neufert's wife Marys and his daughter Nicole DelmesTo the text on espazium.ch

Peter Neufert understood how to attract renowned artists and experts for his work. Together with the engineer Stefan Polónyi, he has created the spectacular residential building X1 and the ceramics museum Keramion. To the text on espazium.ch

The Neufert Foundation grants a one time scholarship to bachelor graduates, who studied architecture, urban development and landscape architecture and are pursuing a Masters Degree.

Are you interested in our work? Please get in touch with
the foundation. Your donation can help us to finance scholarships for national and international architecture students, organise public events (Open Monument Day, Museum Night), hold guided tours at the Neufert House and Neufert Box, and realise exhibitions of contemporary architecture.